On December 3, the JAMCO Group held a ceremony at Niigata JAMCO Corporation (Murakami, Niigata), its key manufacturing subsidiary, to commemorate the manufacture of cabin equipment for installation on the 1,000th Boeing 787 Dreamliner.

JAMCO is the supplier of galleys, lavatories, flight deck furnishings, flight deck doors and bulkheads for the 787, and the Venture business class seat to airlines. Since it began shipping galleys for the Dreamliner in March 2009, JAMCO has produced cabin equipment for the 100th Dreamliner in 2013, the 500th in 2016, and the 1,000th in 2019, just three years later.

Mr. Will Shaffer, the President of Boeing Japan, was in attendance at the ceremony and offered these words of congratulations:

“On behalf of Boeing, let me offer my congratulations as we celebrate today’s milestone delivery and 40 years of outstanding partnership. That very cabin has won much acclaim since the Dreamliner debuted in 2011. And JAMCO’s role in making it a space in which customers can truly relax and enjoy themselves cannot be overstated. An important part of that, and indeed of many Boeing airplanes, is the Made with Japan pedigree – which carries the very best of Japanese traditional monozukuri (skill in making things), yet continues to push the boundaries of manufacturing excellence and productivity through the implementation of innovative production technologies, such as those we have seen on our gemba walk today. It also shows your commitment to our joint success, as we look toward the next 40 years of doing business together, and the opportunities that await us.”

Mr. Harutoshi Okita, JAMCO’s president and CEO, also made the following comment at the ceremony:

“As a long-time partner of Boeing, JAMCO is pleased to welcome the day that marks completion of the cabin equipment for the 1,000th Dreamliner. We are also proud of the effort made by every JAMCO employee involved in the manufacture of this equipment up to today. Going forward we will endeavor to continue providing high-quality products that earn aviation industry’s trust and respect.”

JAMCO will continue its efforts to contribute to the development of the aviation industry as a supplier of aircraft cabin equipment that meets the highest levels of safety and quality. 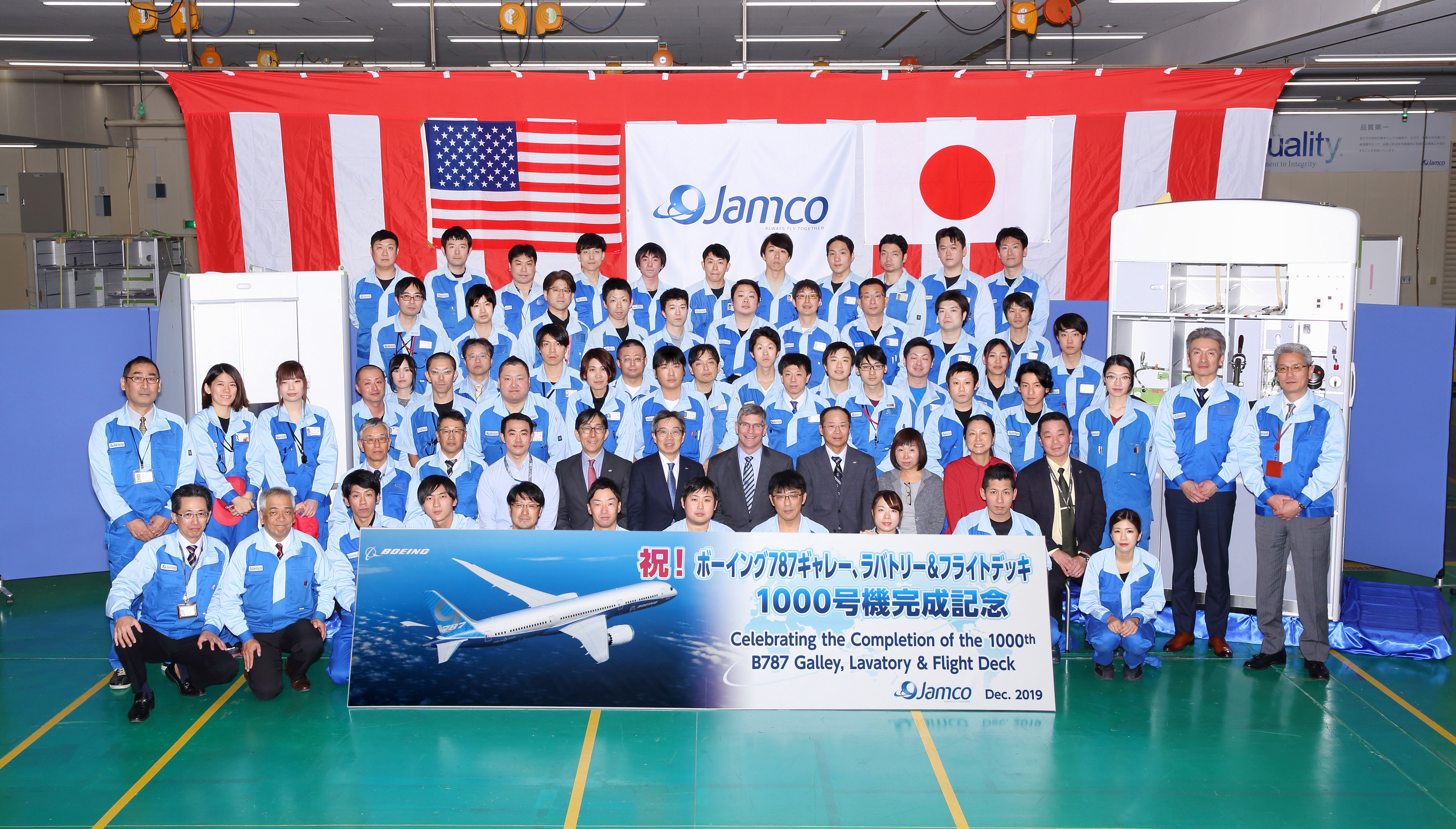