On March 2, 2016, Singapore Airlines (hereafter SIA) took delivery of its first A350 from Airbus.

On the following day, March 3, a ceremony was held at Changi Airport in Singapore, and was attended by Mr. Khaw Boon Wan, the Coordinating Minister for Infrastructure and Minister for Transport of the Republic of Singapore, Mr. Stephen Lee Ching Yen, SIA Chairman, Mr. Goh Choon Phong, SIA CEO, Mr. Fabrice Brégier, Airbus CEO, Mr. Toshihisa Kasuya, JAMCO Group Director and Executive Officer, and many other individuals who were involved in the delivery of the aircraft.

The A350 is equipped with 42 business class seats that were developed and manufactured by JAMCO Group. Each seat has a comfortable width of 28 inches and a full-flat bed feature, while the structure surrounding the seat, called the back shell, provides a space that gives consideration for the passenger’s privacy.

Since JAMCO Group made its full-scale entry into the aircraft seat business in April 2014, it has been working to grow this fourth pillar of its aircraft interiors business, and it will continue to strengthen its production system in order to respond to the robust demand for air travel. 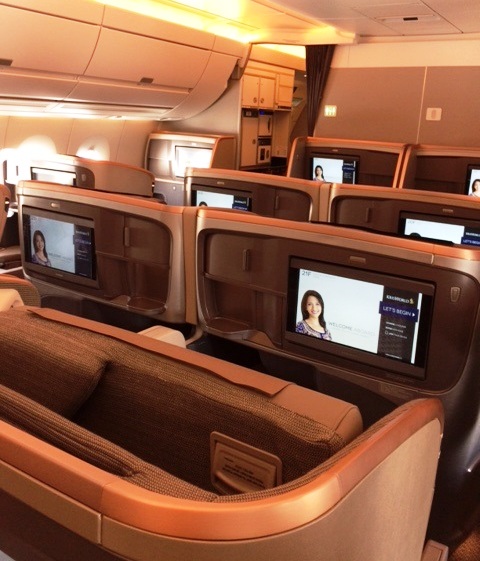